A Brief History of Paging

By medipage on September 14, 2017 in All News, Critical Messaging and Pagers The pager is a wireless device that uses dedicated radio frequency to receive numeric, text or voice messages. The messages are broadcast on a specific frequency over a dedicated network from radio base stations known as transmitters.

Users can use a telephone, email or web portal to send numeric, text or voice messages to a pager. An incoming message will be displayed on the pager as a numeric message, text message or message saying there is a voice mail in the pager mailbox.

Here’s a history of this remarkable device from its inception in 1921 through to its continued application in critical messaging.

1921: The Detroit Police Department successfully put a radio dispatch into their patrol cars. It was the first-ever pager-like system. Ever the inventor, Gross developed the walkie-talkie and CB radio in addition to the pager. His patents lapsed by the 1970s but Gross never complained. A year before his death in 2000, he said, “They have “permeated our society. I’m delighted.”

1964: Motorola began its 40-year history with the introduction of the Pageboy I. Medical workers used the pager when they needed to communicate with each other within a hospital; the recipient just received a single tone and knew what action was required.

1970s: Tone and voice pagers were invented. They’re known as digital voice paging (DVP) today because an audio message follows the tone alert. Current DVP systems aren’t solely dependent upon landlines — which are likely to be compromised in wide-scale disaster situations — because the systems can be controlled via satellite links and thus are unaffected by events on the ground.

1980: About 3.2 million pager users worldwide still had a limited range (local-area pagers). Medical teams within a hospital used them for critical communications.

1980s: Wide-area paging emerged to convey messages over radio waves across a city, state, or even a country. Paging use explodes, becoming popular among consumers for personal use.

1980s (early): “Quiet, please,” the hospital sign read. Messages appearing on the Numeric Display pagers were silent. Instead, a number showed on top of the device with either the extension to call or an internal code for a predetermined action. You could also initiate pages through a telephone.

These same Numeric Pagers use LCD (liquid crystal display) to generally show up to 10 digits. 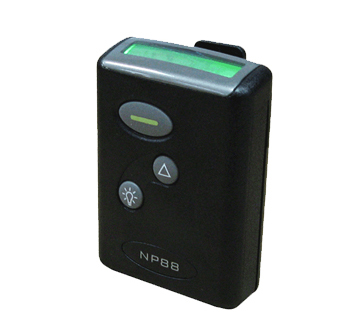 1980s (mid): Alphanumeric display pagers were introduced. They could send a text message through a digital network and initiate in a variety of ways, including operator dispatch, IXO (a device used for sending alphanumeric pages via Telelocator Alphanumeric Protocol (TAP), and computer. 1994: There were 61 million pagers in use. How did their popularity grow so quickly? They’re budget friendly. Paging service contracts often cost the same for one year as a smartphone contracts costs for one month, making pagers still much more cost-effective.

1995: Motorola introduced the world’s first two-way pager, the Tango two-way personal messaging pager. It allowed users to receive text messages, e-mail, and reply with a standard response. It also could be connected to a computer to download long messages.

2010: An alphanumeric pager with an encrypted paging option was developed. With secure messaging capabilities and display-lock security features, this device provides a powerful tool for healthcare and emergency response communication.

2012: Waiting room/ restaurant coaster pagers are introduced to the market, to relieve crowded waiting rooms in the hospitals and manage waiting time in restaurants. 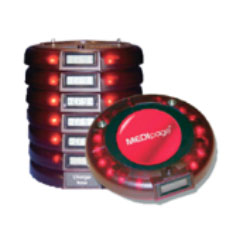 2013: The Paging App was developed by multiple paging companies to manage critical messages on all devices and to increase paging coverage 2014: The Message Manager, the critical messaging cloud-based software is developed for easier dispatch of critical messages to individuals and groups.